Among the great variety of door knockers that grace townhouses in Malta and Gozo, the lion head ones enjoy a particular popularity. None of the motifs are present in such a range of shapes as the lion, which brings a question: why is it exactly the Lion and not Triton, Athena or the Maltese Cross that won hegemony over the Maltese doors?

During the centuries preceding the 1700s, the human perception of the world was dominated by symbolism in which the lion too had a role to play. In times when “the world of nature was freighted with symbolic meanings of such density that they can no longer be perceived by the modern observer”, the lion was seen as a perennial attribute of Strength and was associated with symbols of royalty which made it a popular theme in heraldry. Lions occupied a prominent role as a heraldic charge from the very earliest development of heraldry in the 12th century. The English and the Scottish crowns, among many others, adopted lions as their heraldic emblem.

The rampant lion, symbol of the English crown, also features on the Royal Coat of Arms of the United Kingdom. Given that Malta was a colony of the British empire for one and a half century, could the particular popularity and variety of lion head door knockers be a reflection of its colonial past? The knocker on the door 10 Downing Street in London, the official residence of the British Prime Minister, is also lion head-shaped.

There are at least 30 different types of lion head knockers guarding the doors of Maltese (Gozo included) houses. They are a significant element of the great sentimental experience that a stroll by a line of townhouses brings. All the elements – the balconies, the windows, the doors, the knockers, the whole of the façade – welcome the curiosity about the people whose lives are hidden behind them.

The most popular “don’t mess with me” lion head knocker.

Although it might look like a weathered copy of the previous motif, this one was produced using a different mould. Location: Rabat, Gozo.

It might look similar to the first two, yet this lion on the door of the abandoned Rabat’s (Gozo) house still bears unique features. 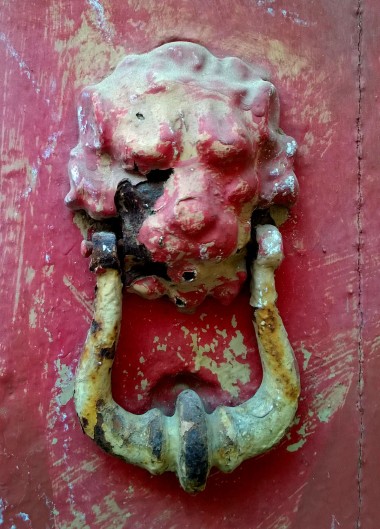 The lion on the door of Valletta townhouse looks peaceful and welcoming. 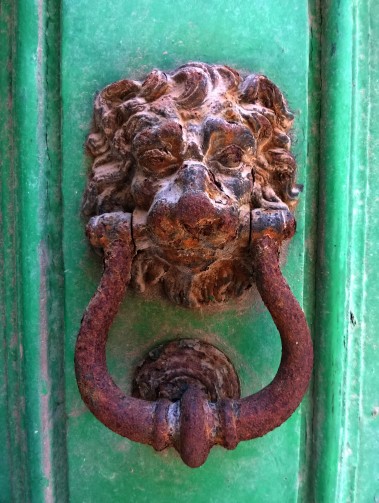 Another similar-yet-different lion on one of Mdina’s doors. 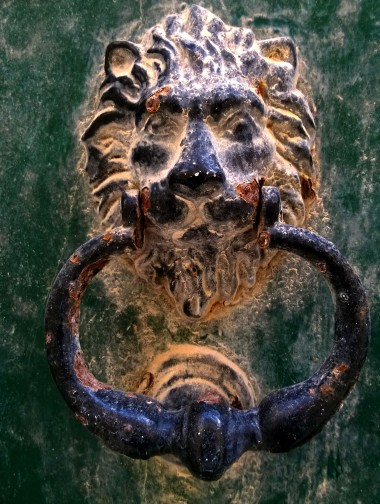 The lion’s muzzle looks so swollen as if it had been drinking all night long. Location: Rabat, Gozo. 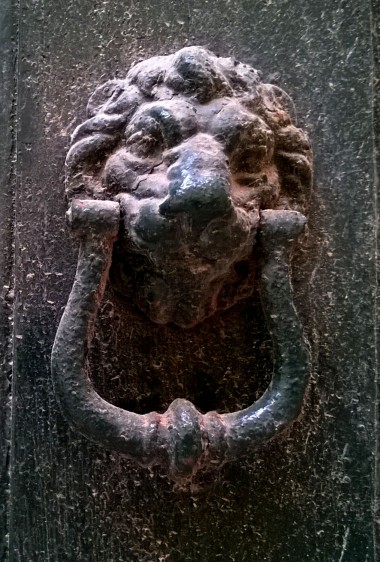 Located in the lower Republic street, this must be the oldest lion knocker in Malta.

This intricate lion motif can be spotted in Valletta, Floriana, Mdina and Rabat (Gozo).

This lion is a painted replica of the knocker on the formal residence of the British Prime Minister at 10 Downing Street in London. Installed in the 1770’s, the door featured a centre door knob, lion head door knocker and brass letter plate which bore the inscription ‘First Lord of the Treasury’. Soldiers heading to off to the trenches during the First World War used to touch the lion head door knocker for good luck. 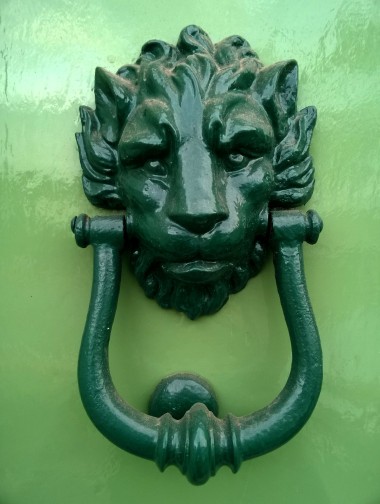 One of its kind – spotted in the Lower Republic Street in Valletta.

Sculptural and naturalistic, this type of lion head knockers is especially common in Valletta and Mdina. 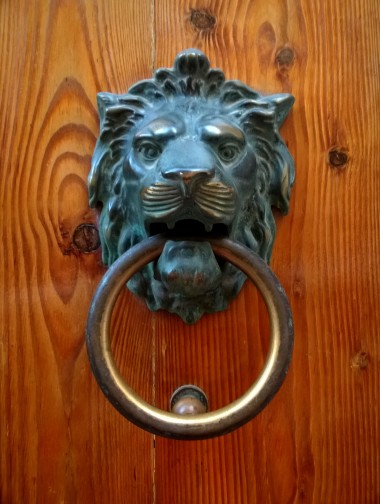 Another one of its kind pair of knockers were spotted in Rabat (Gozo).

One of the lesser common knockers spotted in Sliema. 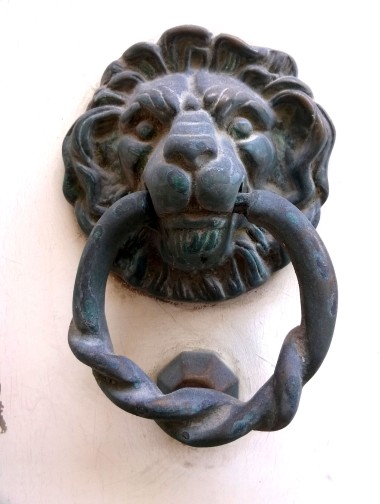 Another one of the lesser common knockers – spotted only in a couple of copies. Location: Floriana. One of the knocker designs recommended for recreating the style of Victorian era.

One of its kind knocker in Valletta.

One of the lesser common knockers which could be spotted in Valletta, Mdina and Sliema.

One of the Floriana lion head knockers. 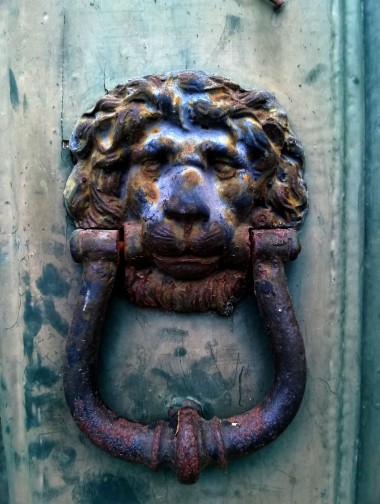 You can spot the largest lion head knocker in Malta on one of the Mdina’s doors.

One of the few unique knockers of Mdina. 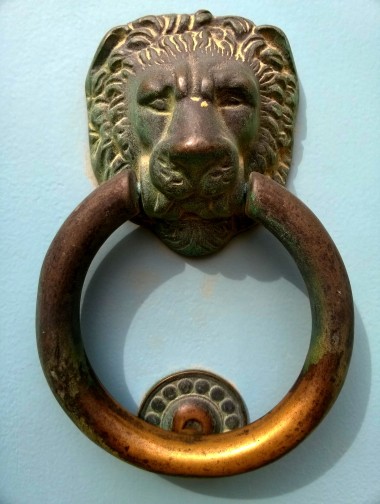 One of its kind, intricately designed lion head knocker on one of Valletta’s doors. 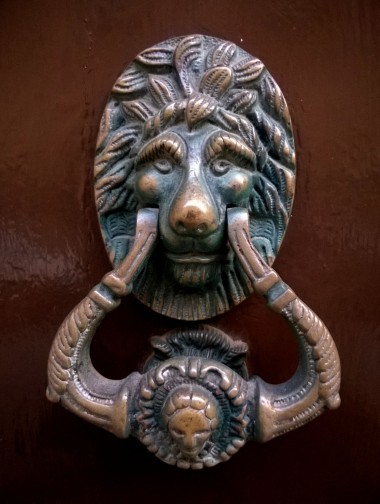 Spotted only in a single copy in Sliema.

Although only a single copy of this particular knocker has been spotted (in Sliema), similar motifs are more common.

23. Brothers but not Triples

The Original (Edwardian?) knocker and its more recent modifications, all spotted in Valletta. 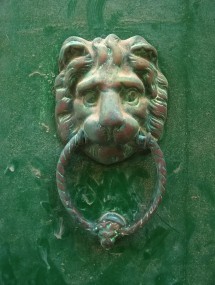 The narrowest and most elongated of all lion head knocker designs. Spotted in Sliema.

Another knocker design on one of Sliema’s doors looks as though it is chewing a honey ring. 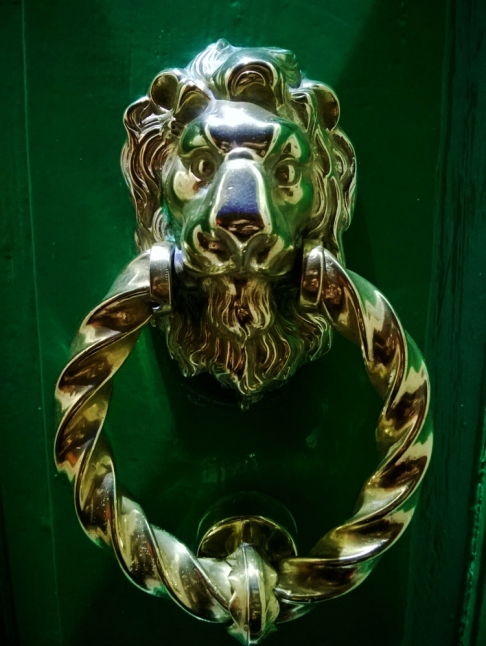 One of its kind, memorable designs on one of Birgu’s doors facing the marina.

Another captivating and sculpted knocker, found on a door in Għarb, Gozo. 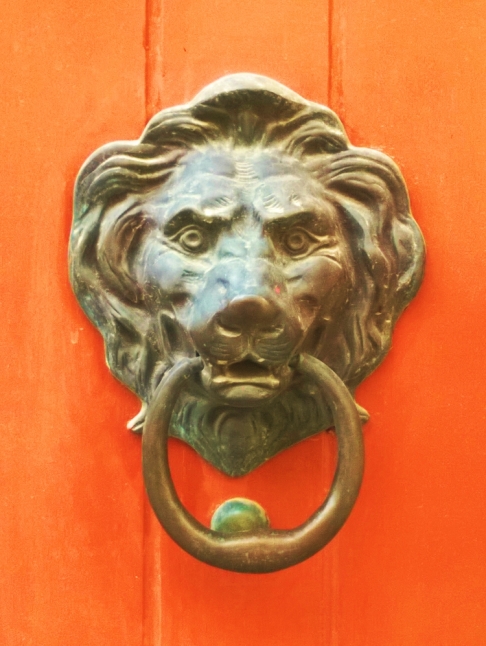 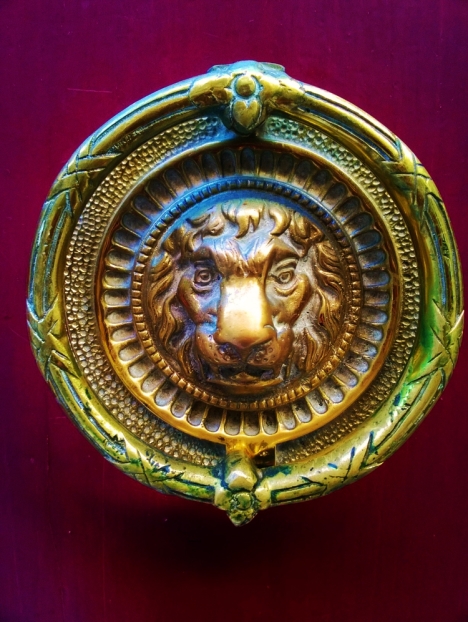 This impressive celebratory knocker was spotted on one of the Valletta’s doors. 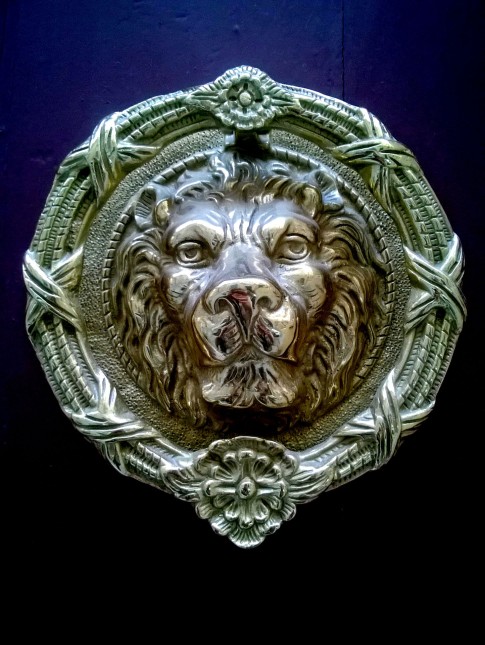 Feel free to share pictures of the lion head door knockers which remain unnoticed and didn’t feature in this post.